Is there someone you know who you would describe as “strong”?

When things go wrong you know they’ll be OK, because they’re strong and they’ll pick it up and start again.  You might think of them, but you don’t get in touch often because ‘they’re strong’ and ‘always OK’.

I’m a strong person.  That’s a thing.  It’s something I am … well if I’m honest, I was strong, became really quite hard, and eventually (a really far too long process, topped off with a bit of a collapse) realised I had to soften and open, and I came back to strong.   Alongside the softening are all the possible dangers of vulnerability  … but it’s a hell of a lot better than being hard – so what can you do!

I saw a fellow strong person shrug off concern and offers of help the other day and realised – ‘Ah yes – I still do that more often than I might’ ….

Here’s the thing – Just because someone is ‘strong’ doesn’t mean that they are always OK, or don’t want help.  They probably don’t need help, because they’re so used to just doing it, to being the one who gets on with it, and that’s why they rarely accept the help you offer.  The trouble with that, is you then stop offering help because it’s ‘always’ refused.  Sometimes a strong person needs you to not offer help, but just tell them, in no uncertain terms, that you’re doing it; “Here, I’ll take that.”

Strong does not mean ‘Always happy’

Strong does not mean ‘Always OK’

Strong does not mean ‘Wants to do everything they take on’

There are times when we need a break, when we run out of energy, or drive, or just don’t want to take responsibility any more.  What to do then?

If you are one of the few people your strong person shows their vulnerability to (because there won’t be that many), when they come to you and open up, say that something is wrong, or that they don’t want to do it, or carry on any more, or have a collapse moment and break down on you, here’s a word to the wise:

Being reminded that you are seen as ‘strong’ is often just another burden … a responsibility to always be strong for everyone else and not show when you feel a bit pants.  It feels like you’re saying they’re not allowed to feel pants. Which is why you often don’t see it, because we feel like we’re letting you down if we’re not ‘strong’. and why then, when you do see it, it might be BIG.

As strong as strong people are; in a collapse moment, they DON’T WANT TO BE STRONG – in that moment they are likely exhausted from being ‘the strong one’ and taking things on and trying to balance everything (because strong people generally take multiple loads on their shoulders) and are fed up of being ‘OK’ and picking themselves up and starting again. 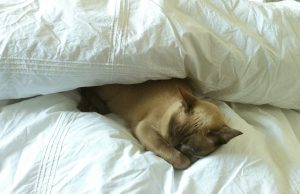 In that moment, what your strong person needs is for someone to let them collapse.  To be taken care of for a while, or just given space to do nothing at all.

Yes, the likelihood is that they’ll pick themselves back up and start carrying it all again.  However, there is a chance that they might just break.   The stronger you are the harder you can fall.

Seeing this person refusing concern and help recently, reminded me how far I’ve come, I’m a lot better at accepting, and actually asking, for help these days than I used to be! (Asking for help one of the toughest lessons in vocal confidence I’ve had to learn.) Although, I’m sure I could notice and accept more of the offers, and I’m probably carrying more than I need to, especially in my business. But I’m aware of that and things are getting in place!

What can you do?

If you are a fellow ‘strong’ person, how are you doing right now?  You might be in ‘flow-mode’ being amazing and doing everything, don’t you love those moments!  If you’re in “f*ck I’m tired! Why do I have to do it all on my own?” mode … where could you let go a little, how could you make someone else feel great by accepting their support, who could you ask to lift a little burden?   Write in your diary “DO NOTHING!”

If you know a strong person; don’t assume they’re always fine.  Take a moment to check in once in a reasonably regular while to let them know you are there and that you care, if you get told ‘I’m fine’ don’t forget to check in again later.  We don’t mean to sound blunt, or push you away, we’re just busy doing everything.

This blog contains no scientific research, just personal observation and experience – obviously everyone is different …so, you know, if you’re ‘strong’ and disagree that’s fine by me, if it resonates with you – know you’re not alone and that I’ve discovered there is amazing power in using your voice, showing how strong you really are by being a little vulnerable, and asking for help!!

Words Make Waves: Speak With The Power Of Your Whole Voice

2 comments on “Debunking the ‘Strong’ Myth”